Liverpool on Wednesday night got blown a bit down the EPL title race as contenders Manchester City defeated Everton  2-0 to get back on top of the table.

City moved back to the top of the Premier League table after  a 2-0 victory visit to Everton at Goodison Park. 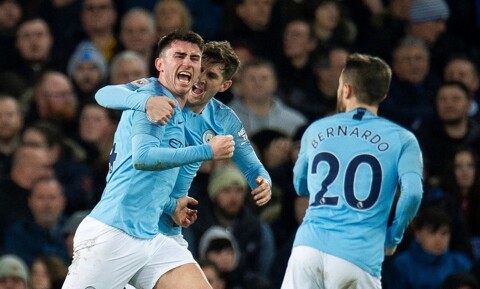 Tracing down the struggle so far, City on January 19 were seven points behind Liverpool but Wednesday’s win sees them move level with Jurgen Klopp’s Reds, the defending champions taking over at the summit on goal difference.

Man City’s Aymeric Laporte scored second league goal of the season to put City ahead in the final moments of the first half.

Meanwhile, the host gave the defender the freedom of the penalty area to head past Jordan Pickford before Gabriel Jesus wrapped things up in stoppage time, condemning struggling Everton to a seventh defeat in their last 10 league matches.

Floyd Mayweather opens up on being engaged with girlfriend