Goldtiful, a rival crossdresser, has been accused by Bobrisky of fooling his supporters by pretending to be the proud owner of a G-wagon.

Goldtiful had posted a selfie of himself in the automobile, claiming that his sugar daddy had purchased it for him. 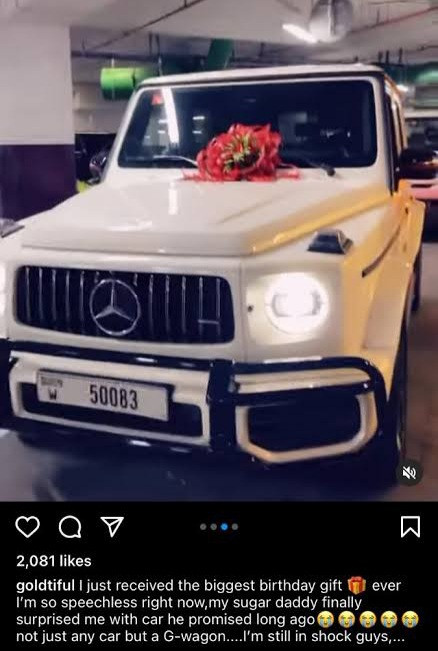 Bobrisky responded, claiming Goldtiful is lying. He added that Goldtiful is deceiving his followers for clout.

Bobrisky went on to share a video which he claims shows the “rent details and impound fee Dubai police is asking the rental to pay on the white G-wagon” Goldtiful claimed is his.

Below are posts from Bobrisky and Goldtiful. 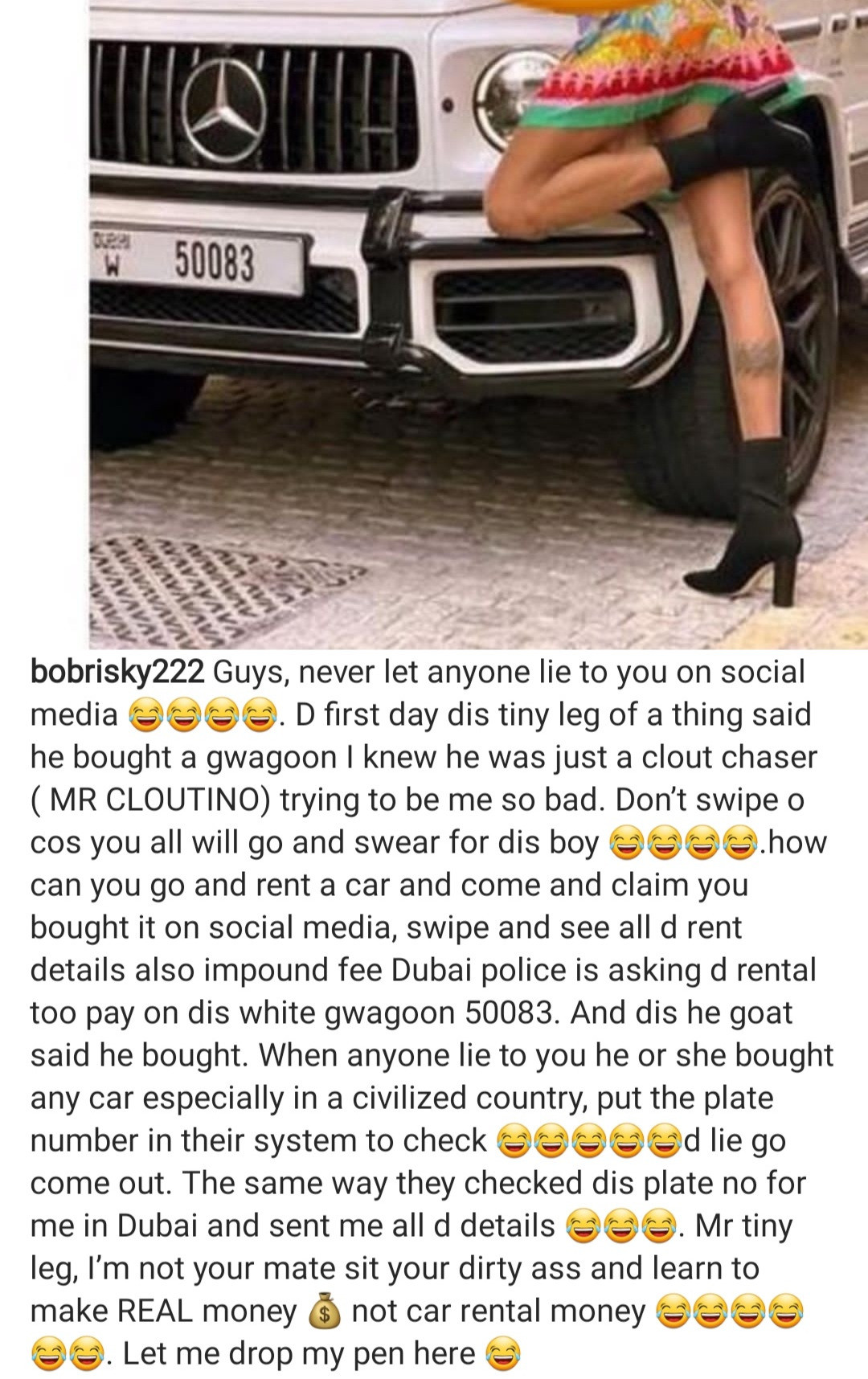 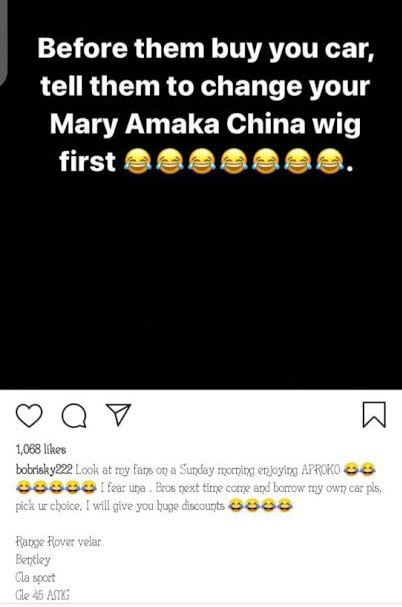 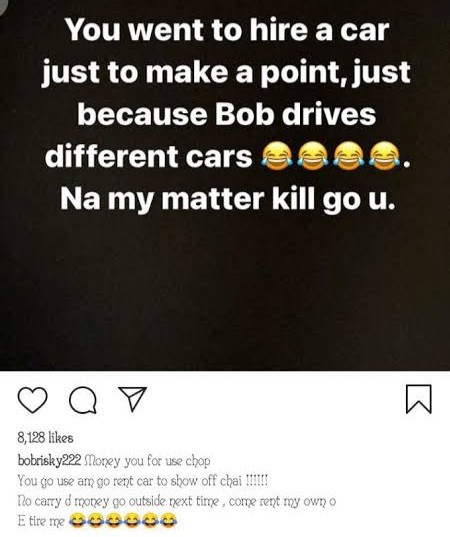 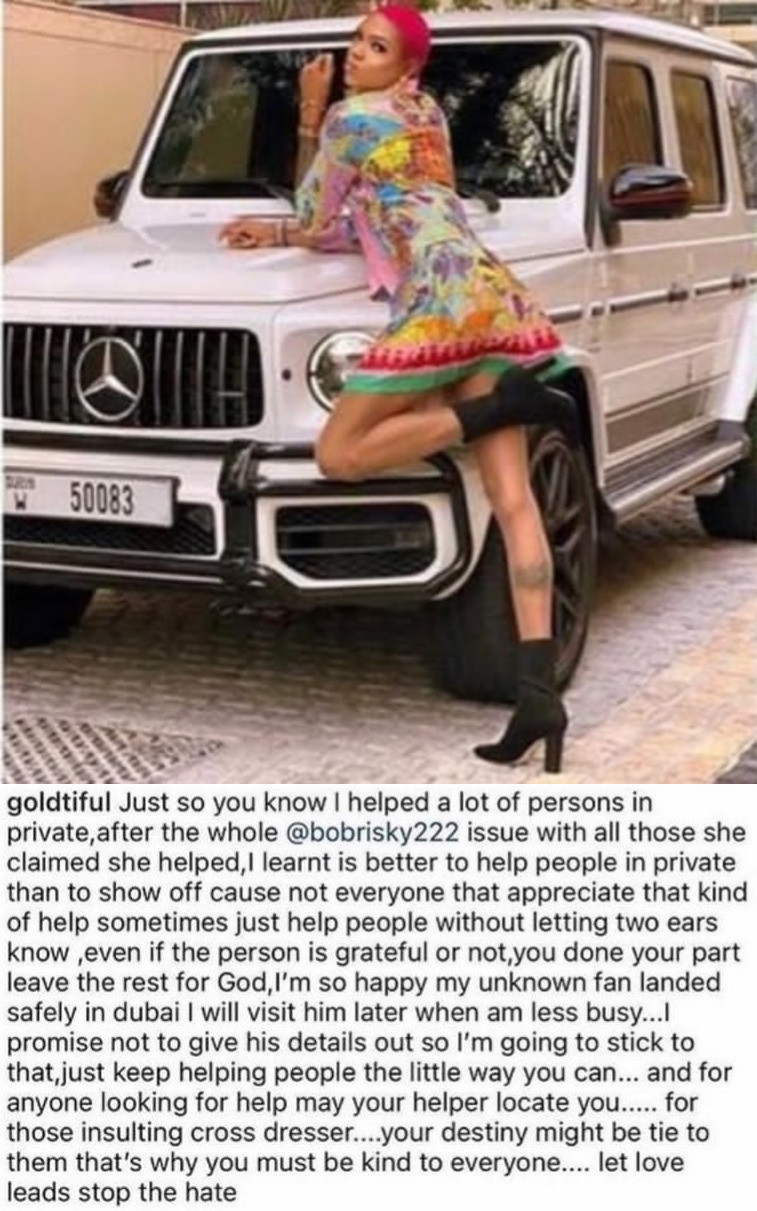 Swipe for the video Bobrisky released as “proof” the car was rented.