SportyWap
Home LATEST GIST & GOSSIP Lady tells how she faked an asthma attack so as not to...

A Nigerian lady has narrated how she was almost raped by a cultist at Abeokuta after visiting her ex-boyfriend in school.

According to @fayookunmi, she was beaten by the cultist and forced to enter his apartment. However upon getting to the apartment, she faked an asthma attack which left the cultist begging her not to die.

Also Read:  Teni and Niniola compelled their mother to declare herself a Marlian

Also read: “Everyone of us was destined for greatness sooner or later” – Alex Unusual

Though she never got raped by the man who subsequently told her ex-boyfriend and his friends that ‘they have settled’, the incident however led to the end of her romantic relationship.

Read her tweets below; 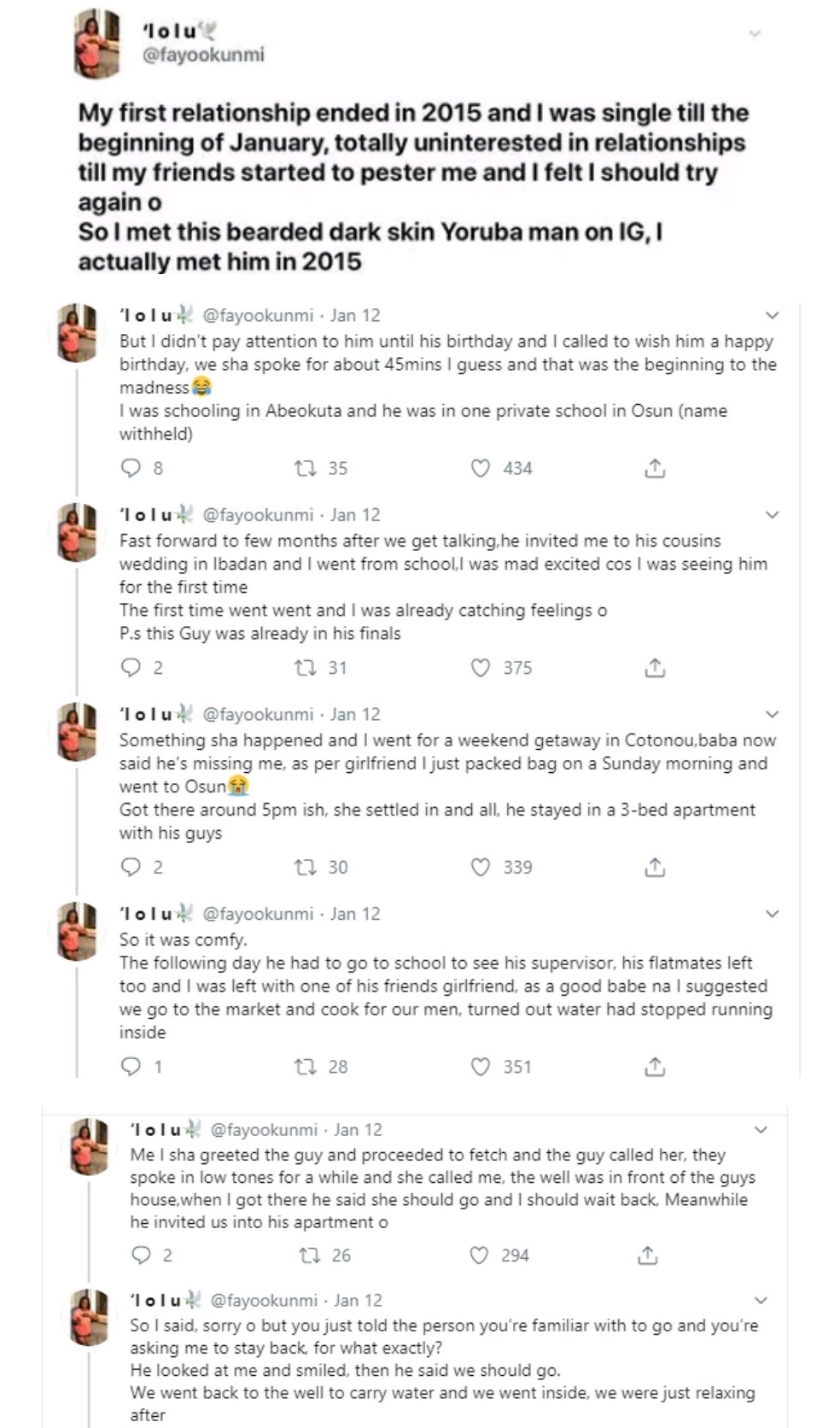 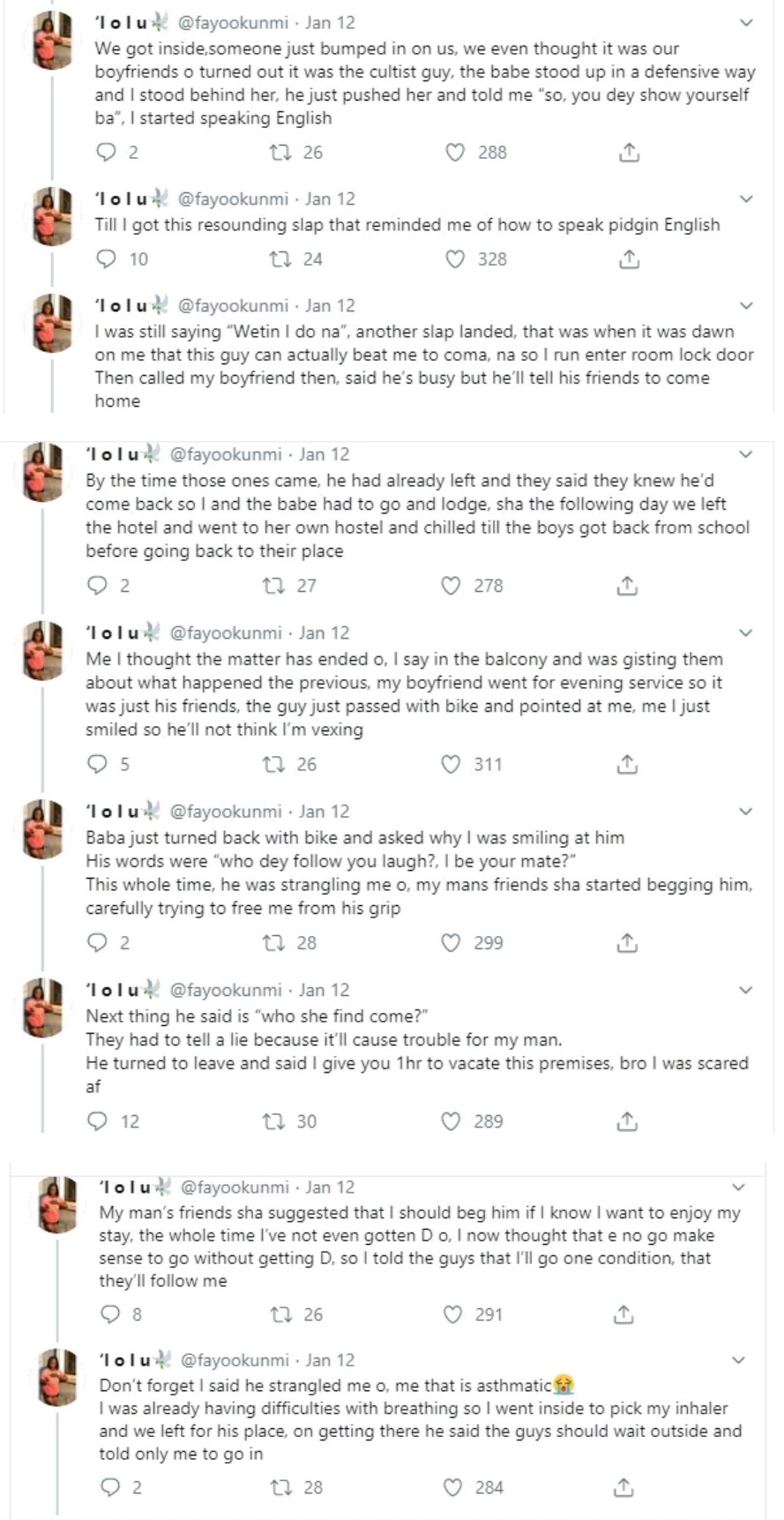 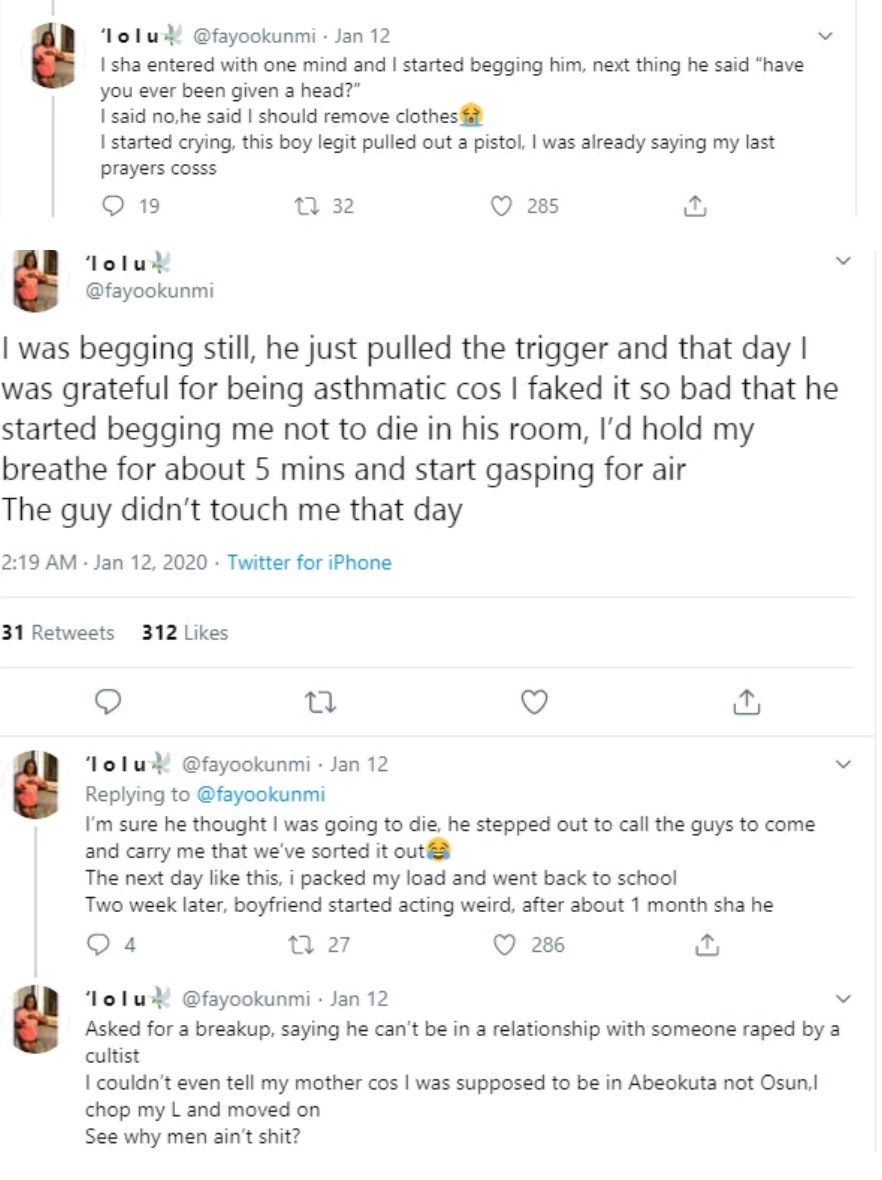