YouTuber Logan Paul escaped as he fought Floyd Mayweather to the final of their exhibition boxing match on Sunday night, with no knockout at Hard Rock Stadium in Miami, Florida.

Retired five-weight world champion Mayweather (50-0) took to the ring for the first time since a stoppage victory over kickboxer Tenshin Nasukawa in an exhibition contest in December 2018. Paul, meanwhile, was fighting for the third time, having drawn an exhibition bout with fellow YouTube personality KSI in 2018 before facing him again in a rematch a year later.

No official winner was announced, as per exhibition rules, but a knockout was allowed though it did not materialise in the fight.

After the fight Mayweather, 44, played down his failure to stop Paul and admitted that he may never fight again after failing to defeat the Youtuber. 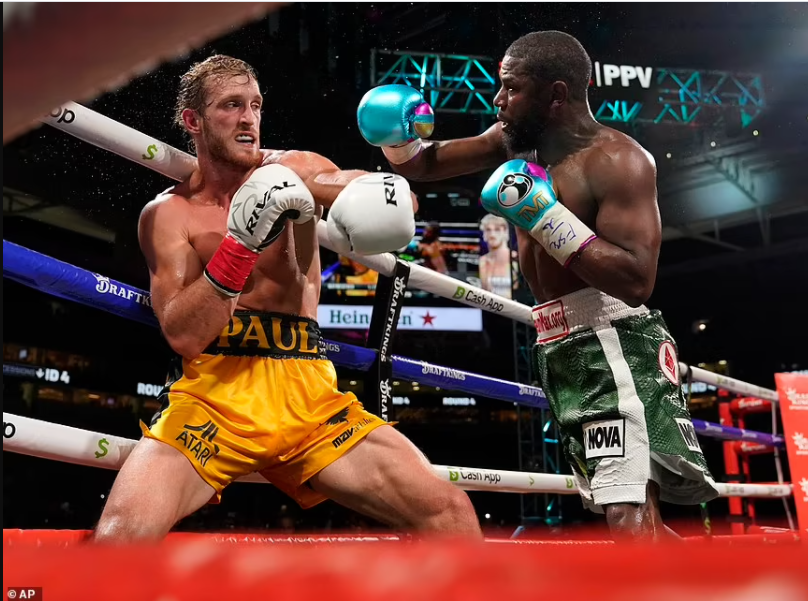 Mayweather said: ‘I wanted to give people a show and he was fighting to survive, he was the bigger guy but his background was wrestling so was good at tying me up.

‘Just going the distance was a win for him. He can grapple and was good at holding. When a guy that size is holding you, it’s hard to get him off you. I had fun, he did too. It was cool.

‘A guy that’s retired, training a few days a week, for me to be retired, be a grandfather and fight a guy in his 20’s. When the money comes, we will see who the winner is. 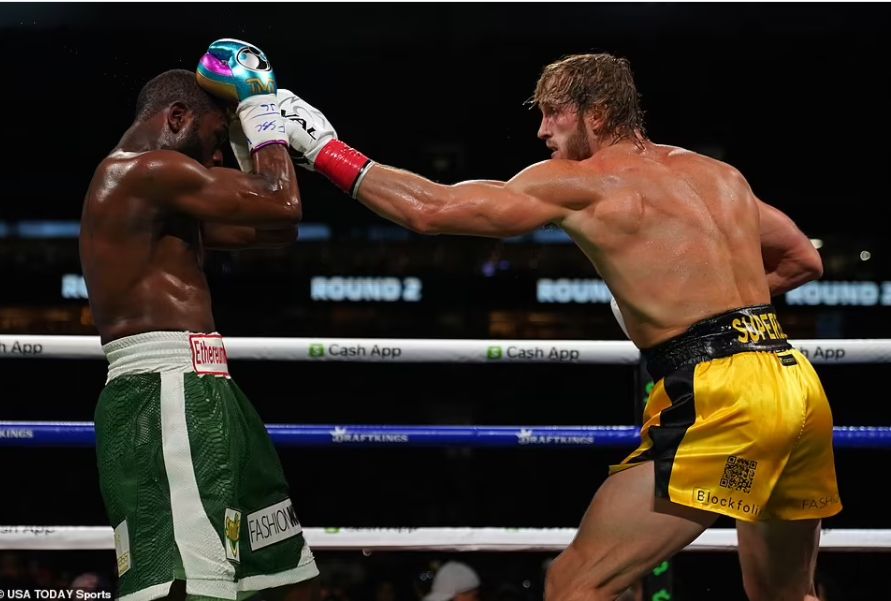 ‘I am going into the Hall of Fame, I have nothing to prove. If they are happy with grappling and holding for eight rounds, that’s good for them. I hope the fans were pleased. I have been in this sport for so long, I was letting people see I can come out at the age of 44 and bring 30,000 to the stadium and bring good pay-per-view numbers.

‘I am not going to perform like I was 19, it’s all about growth and aging. I can’t fight like when I fought people like Gatti and people like that. It’s sad Pacquiao is coming out to fight again.

Also Read:  Floyd Mayweather opens up on being engaged with girlfriend

‘I could have pressed really hard but it was fun. His whole goal was to survive and that was a win for him. If he’s happy, so be it. In the history books I will always be the greatest.” 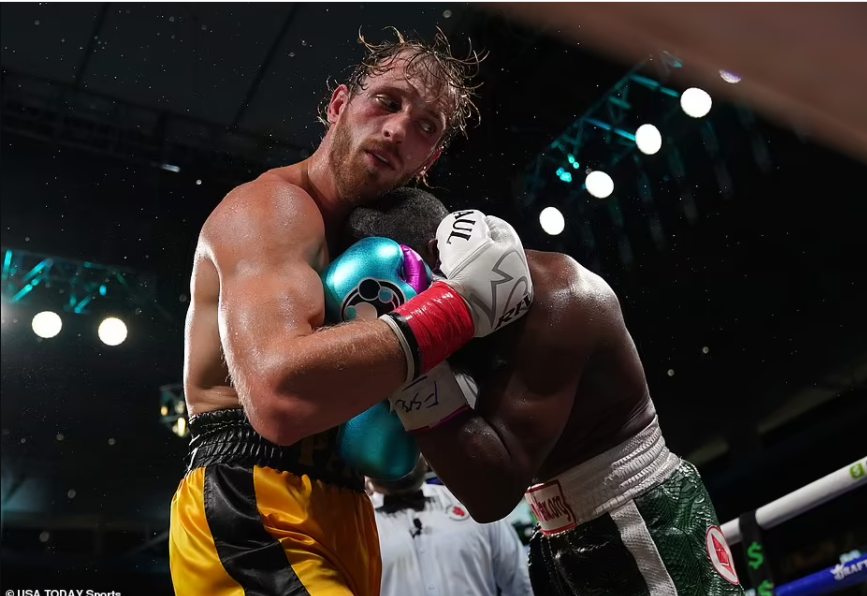 ‘Will I make a comeback? Absolutely not. I have retired from the sport of boxing. I probably won’t do an exhibition again either.

‘If he would have fought more, it wouldn’t have lasted eight rounds. I am just blessed to build a legacy and build a fortune from it. I have made some smart investments and everything is paid for. We did what we had to do tonight.

Paul walked away with a reported $26milliom (£14m) paycheque. Mayweather’s is said to be worth in the region of $100m (£70) when all the pay-per-view numbers are accounted for, according to Mail Online.